By No comments yet 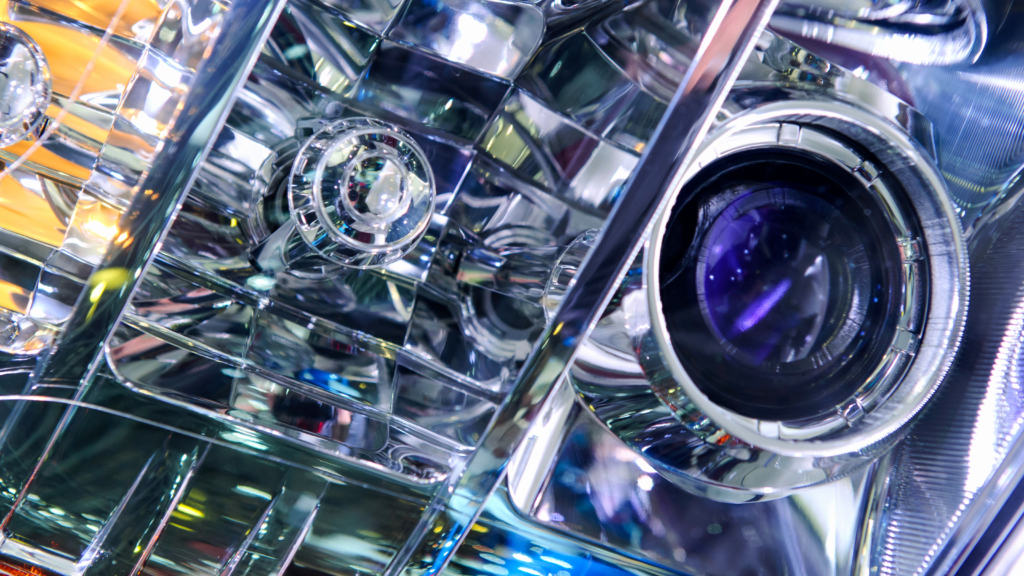 1. Controlled Viscosity Molding (CVM)
The definition of viscosity in plastics can be stated as the ability of molecular chains to slide along one another. When plastic is cold, at a high viscosity, the ability of chains to slide along one another is limited, which enables the plastic to flex and return to shape with molecular memory. When plastic is melted, at a low viscosity for injection molding, the polymer chains flow along one another to a greater extent, which allows the plastic to change its shape as dictated by the mold it is injected into. Once cooled, it retains the shape of the mold.

The critical distinction between X2F’s CVM technology and conventional injection molding technology is the method used to bring plastic to a low viscosity and how it is transferred into the injection mold. This has a dramatic impact on the polymer molecules’ relationship to one another and the kind of tooling and machinery required to execute the process. Conventional injection molding focuses on the use of pressure to generate shear heat to bring the polymer to melt. Polymers are petroleum products. When pressure is applied to petroleum molecules, the mechanical force is converted into heat energy, and this is the primary source of heat for melting the plastic. This happens during preparation in the extrusion/injection barrel and at the nozzle and runner system during high-speed injection. This is problematic because the polymer melt is non-Newtonian. When polymer melt is contained in the injection zone of the conventional injection molding machine and pressure is applied by the plunging extrusion screw/check ring combination, the viscosity increases before shearing begins. With crystalline polymers, the viscosity increases by a factor of five. With amorphous resins used for plastic optics (e.g. polycarbonate, acrylic, styrene, co-polyester blends), the viscosity increases by 15-25x before shearing begins.

The injection system of the conventional molding machine must overcome this viscosity spike before shearing begins and polymer melt flows into the mold. The extreme pressure required to generate shear heat stresses the polymer chains, disentangling and realigning them in the direction of flow; this is an unnatural position for them. Pressures used in conventional molding are so extreme that molecular chains, once packed into the mold cavity, cannot relax, and re-entangle with surrounding molecules. This unnatural realignment of polymer chains in the direction of flow is the source of amplified anisotropic birefringence, anisotropic shrinkage, and molded-in stress. CVM conducts electrically generated heat to the resin to bring it to a known viscosity without shearing. X2F’s extruders are designed specifically for our extrude-to-fill process. Once the plastic melt reaches a desired viscosity as measured by temperature and actual resistance to flow, we extrude the polymer melt into the mold at a lower velocity and build to the final pack pressure. During the X2F’s CVM process, the polymer chains remain entangled and as a result we do not experience anisotropic shrink or non-uniform density that conventional injection molders commonly do.

2. Advantages of CVM for Plastic Optics
Lens molding using X2F’s CVM process more accurately replicates mold surface geometry as the gate is held open longer, making it possible to apply pressure as the polymer melt cools and attempts to shrink away from core and cavity walls. Center mass of the lens remains at a lower viscosity and applying constant pressure to the gate permits more effective mold pack cycles. Conventional molders attempt this same process, but they do not have advantages the X2F process offers. Conventional molders apply pressure from the back of the screw as the screw and check ring are used as a plunger. Polymer melt is non-Newtonian, force applied against the screw/check ring or plunger is quickly diminished by the polymer melts natural response to push back. Using the extrude to fill process, we manipulate the polymer melt to achieve desired pack pressures using screw rotation, overcoming the non-Newtonian resistance to plunging forces.

The ability to attain a homogenous melt with the machine in a static state is a significant advantage. Because of the homogenous melt, the X2F process can mold any plastic part with a higher level of density. The shear heat- dependent conventional process for attaining low viscosity polymer melt is a dynamic process, and there is no means for measuring the actual resin melt temperature. What is known and accepted in the conventional process is that some small volume of that material is taken far above its melt temperature and there is a gradient from high to low temperature and during its movement through the extruder, nozzle, runner system and mold cavity, that heat is dispersed through the polymer, but its viscosity is never homogenous. This is a contributing factor in polymer lens mold surface replication issues on top of material degradation defects and poor/inconsistent density. The refractive index of a molded lens depends on uniform molded part density. Studies of the conventional injection molding process have confirmed [1] that extreme pack pressures increase density in the direction of flow inside the mold cavity but in the perpendicular direction the density is significantly less, leading to increased variance in the refractive index within the lens. This is expected as the disentangled polymer molecules are aligned in the direction of flow extending from the gate. The X2F process, by avoiding the pressure that causes disentanglement, does not produce this defect.

The CVM process inherently uses less overall pressure, and that pressure is used in a precisely controlled manner. One end effect of this is that where conventional molders plan on using 3-6 tons of clamp pressure per square inch of projected area on parting line as a part of the molding machine requirement, the CVM process uses 0.25 – 0.5 tons of clamp pressure per square inch of projected area. This means the X2F machine that molds lenses with all the advantages described is typically 10-25% of the size of the machine it competes against. The mold used for lens molding see’s less overall pressure and can be made robust enough for molding accurate lenses while being a fraction of the size used in a conventional molding machine, reducing costs and lead times.

3. Example of CVM Plastic Optics
The machine used is the X2F Model E30V (left), a vertical clamp molding machine with 4 tons of clamp pressure. Injection speed for the process averaged 4 seconds. The mold cavity was filled to 1,760psi as measured in the mold cavity. The X2F molded lens can be seen in the image below (middle left). The X2F molded lens is an equivalent to a commercially available lens from a catalog company. The lens is 25mm in diameter with convex surfaces on either side, one aspheric, with a 9.3mm center thickness and is molded from Zeonex E48R.

The purchased, conventionally injection molded lens (middle), and the X2F lens (right) were photographed through as set of cross-polarizers to evaluate the relative birefringence and residual stresses. The conventionally molded lens has non-uniform stress, varying near the gate (right side), opposite the gate, and near the periphery perpendicular to the direction of flow. The X2F CVM processed lens exhibits residual stress only at the gate on the right hand side where the runner is still attached. Note the absence of the stress around the periphery, this is indicative of a low stress process that delivers a higher, more uniform density in the molded lens.

4. Conclusions
CVM prepares polymer melt without the pressures found in conventional molding, preserving the natural entanglements of polymer chains. CVM fills mold cavities with polymer melt, that has not been stressed, to a higher more uniform density when compared to conventional injection molding. The X2F CVM process can be used to mold lenses with little or no birefringence and more uniform refractive index. It can also drastically reduce the cycle time and improve material yields for thick lenses applications like automotive lighting. The unique process enables the molding of non-conventional materials which could open the door for optical plastics similar to the new COC and COP polyester alloys, PC alloys, PEI and other blends. The X2F CVM process is achieved using small, cost effective machines that use less tooling and significantly less power than conventional machines. The X2F process provides a complete high quality, efficient, environmentally conscientious and enabling solution for the next generation of molded of precision plastic optics.